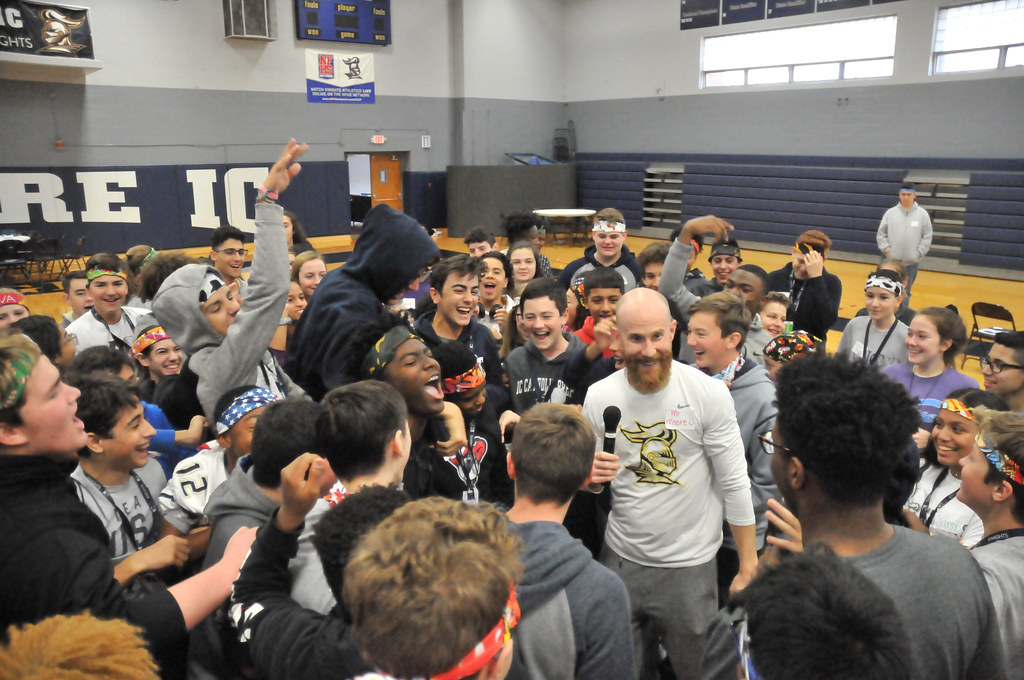 IC Catholic Prep continues to make the Class of 2023 feel welcomed with Freshman Retreat. To begin with, Mr. Moore, the retreat teacher leader, told the freshman why they were there and what they were going to be doing all day. As a member of the freshman class, we experienced many fun and memorable experiences.

First, we participated in a group activity where the freshman all had a partner and were walking in opposite ways than their partners. Once Mr. Moore explained what had to be done, the person had to run and find their partner and do what he said. This was a good activity as it taught skills of listening and patience. After this activity, another group activity that was completed involved a person going to someone and played rock paper scissors and if they lost you had to follow the person you lost to and cheer them on.

Even though people lost, they still supported their opponent as much as possible, revealing a sense of community and support being built with the Class of 2023. All the freshman then broke out into mini groups with two group leaders. In the small groups many activities were completed such as playing the hot seat and asked questions to a person that had to agree or disagree with it and answer why. The groups were put together in way where many students did not know each other and met new people.

A final activity was that students, with only the things in our pockets or on our body, had to make a crest that represented the freshman class. Creativity and patience with the fellow people in the group was needed for this. To conclude the day, all of the freshman went to mass and received the Eucharist and Father James spoke to the class. Overall, it was a very fun day and many of the freshman now know each other and can continue to build that sense of community at their new home, ICCP.